Excessive alcohol consumption is harmful to your health 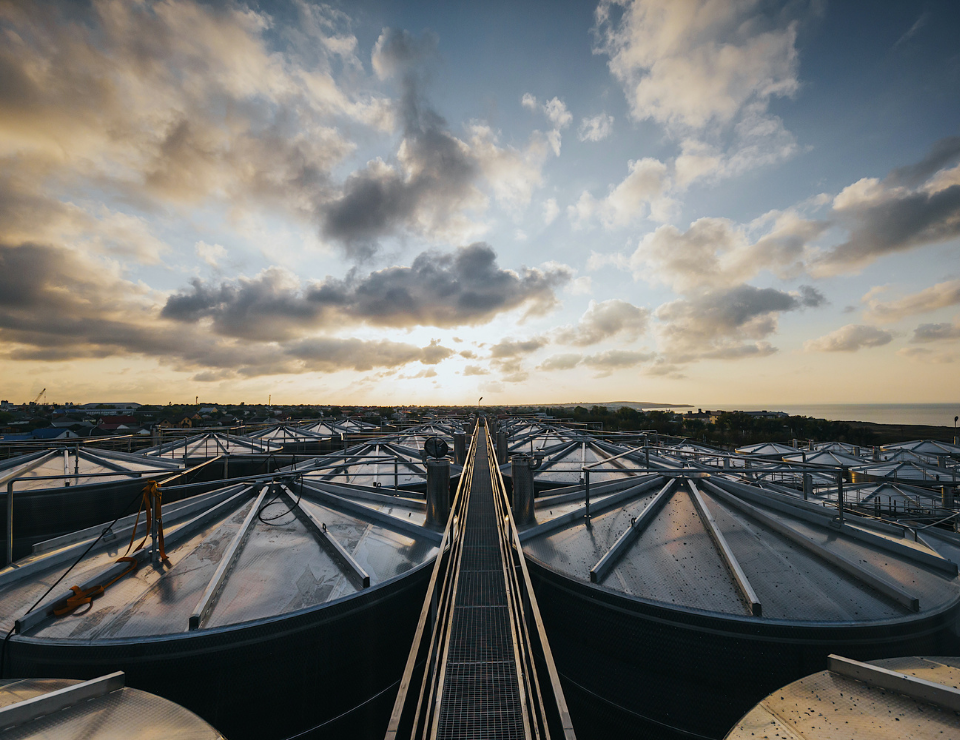 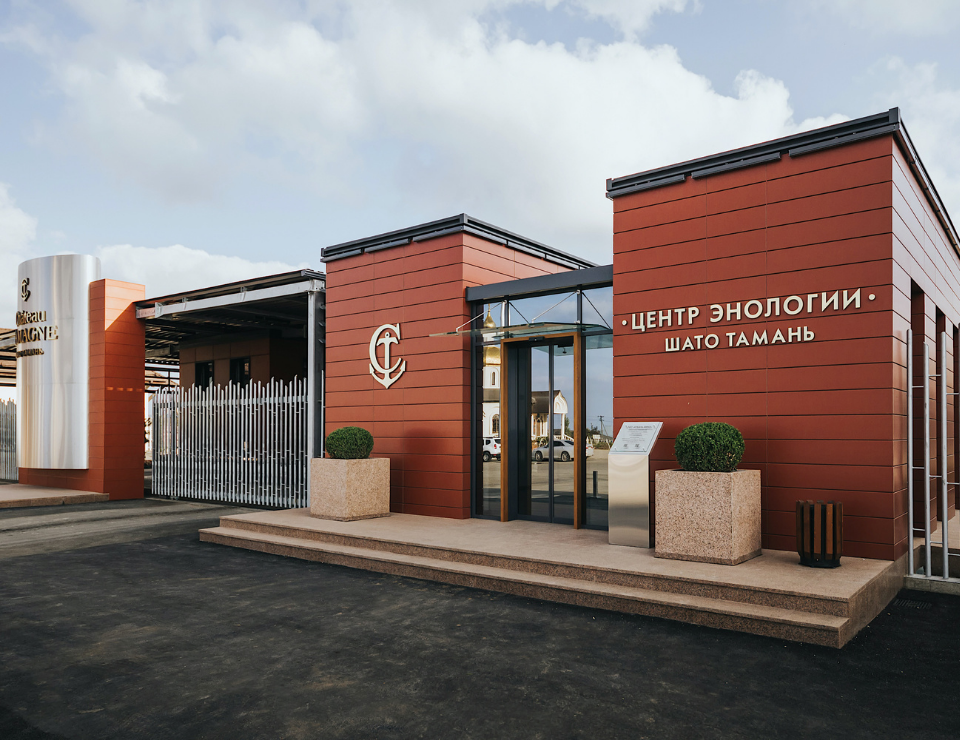 The Taman peninsula is an amazing place. The sunniest region of the country, located between the two seas - the Azov and the Black, is at the same latitude as Bordeaux in France. On fertile soils, Taman was grown grapes and made wine 2,000 years ago. And today the winery "Kuban-Vino", which revived the old traditions of these lands, uses all the advantages of a unique terroir to create high-quality, original, unique wines.

One of the largest enterprises in Russia for the production of quiet and sparkling wines was created in 1956, and in 2003 it became part of the wine group of companies "Ariant". The winery operates on the principle of producing a full cycle: the berries harvested from their own vineyards are directly processed from the vines. Today, Kuban-Vino has three own production sites, 56 million bottles of quiet and sparkling wines per year and more than 12,000 hectares of land, located on the Taman Peninsula and in the Anapa district. Unprecedented scale even for European winemaking!

However, the secret of success of the winery is not only in scale, but also in the approach to production: it is a modern, technological, and even science intensive process. The newest European equipment, the best specialists, trained and trained in Europe, perfected technology of each link of the production chain - all this allows creating worthy, high-quality wines that are appreciated by professionals not only in Russia but also abroad. Today, the company's portfolio includes four main brands: Chateau Tamagne, ARISTOV, Kuban-Vino and Vysoky Bereg. The products of "Kuban-Vino" have earned the confidence of consumers and high ratings of experts. From 2009 to 2018 the winery was awarded more than 500 medals and awards at Russian and international competitions.

The most famous, "fundamental" brand of the winery is the premium trademark "Chateau Tamagne" (Chateau Tamagne). Monosort wines of this brand are a reflection of centuries-old traditions and a classic reading of varietal characteristics. Assembling wines are an original, original, innovative approach to creating wine. In the technology of creating sparkling wines, the traditions of French winemaking and the modern methods of Russian winemakers were combined. 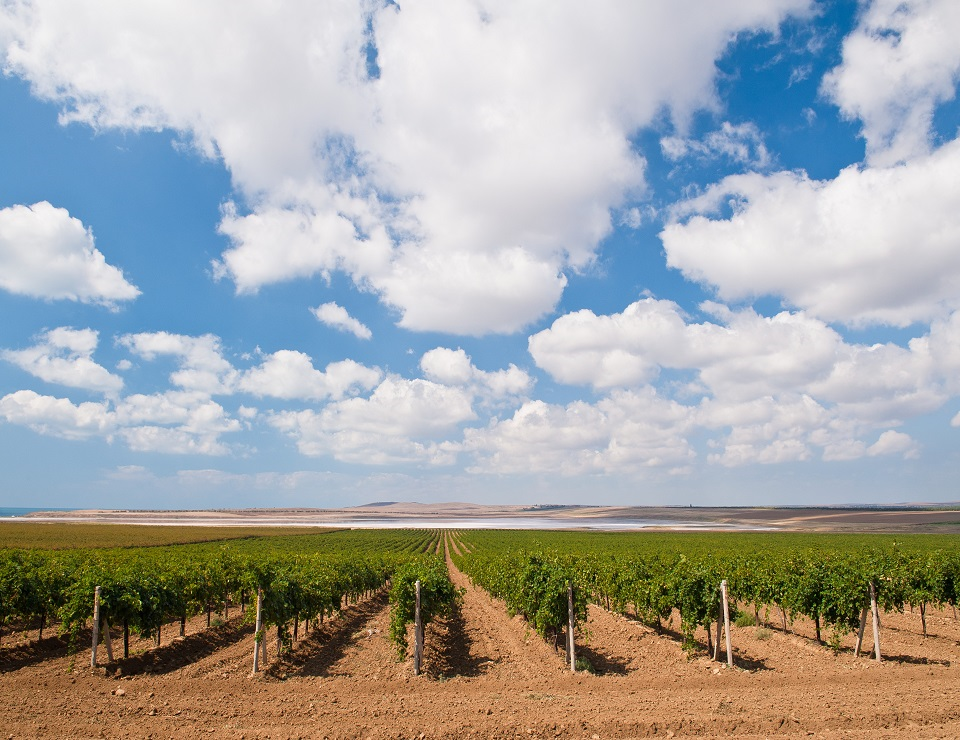 Since 2015, Kuban-Vino has been cooperating with enologist-consultants of Enofly (Italy), which allows using the experience and traditions of Italian winemaking to create new lines. So, as a result of joint work, already in 2015, the trademark "ARISTOV" appeared, named in honor of one of the two founders of the holding "Ariant". The head and enologist of the company "Enofly" Luka Zavarize together with the winemakers "Kuban-Vino" after careful assessment of the potential of the grapes decided to use a number of varieties that allow achieving ideal characteristics for the style of sparkling wines from the Prosecco region.

In 2017, the Angels and Demons line, an absolutely new experience of the company's winemakers, was presented for the first time - both red and white dry wines of the new series are made from Cabernet, as well as a collection of wines from autochthonous and hybrid varieties. Another new brand was added to the collection of the winery in the summer of 2017: wines were produced under the trademark "Vysoky Bereg", each wine of this series was certified according to the environmental criteria "EcoTestPlus". Similar certificates for products winery was received for the first time.

In the development of viticulture, the most important step was made in 2017 with the opening of the "Southern" nursery of grape seedlings on the basis of the Agrofirma JSC. A unique kennel was created not only for the region but also for the whole of Russia within the framework of the Presidential program for the development of Russian viticulture and winemaking, as well as the implementation of the policy of the Government of the Russian Federation for the policy of import substitution. & Nbsp; The capacity of the nursery today is 4 million seedlings per year.

One of the most important events for the company was obtaining a license for the production of wine products with a protected geographical indication (ZSU). The availability of the license confirms that the production of the winery is made from grapes grown in the wine region "Kuban. Taman peninsula ". Already in February 2018, the winery produced the first series of wines under the license of ZSU.

A new landmark in the history of the winery "Kuban-Vino" was November 16, 2017, when in the village. Grape of Anapa district, the first stone of the Center for Enology and Tourism and the new winery of the wine group of companies "Ariante" was laid. The innovative plant will be built on the site of the legendary Order-bearing SEC of them. Lenin, founded in 1933, the largest wine-making enterprise of the country of the times of the USSR. & Nbsp; To design the future plant for the production of champagne and sparkling wines of the full cycle, the best specialists from Italy and France were brought in. The new production site will perform the full range of tasks for processing grapes, champagne, bottling, packaging, storage and sale. Multifunctional tourist complex on the basis of the new plant of the wine group "Ariant" in the future is called upon to become a cultural center of the Krasnodar Territory and one of the most important development centers not only in the wine industry, but also in the whole direction of wine and agro-tourism in Russia. 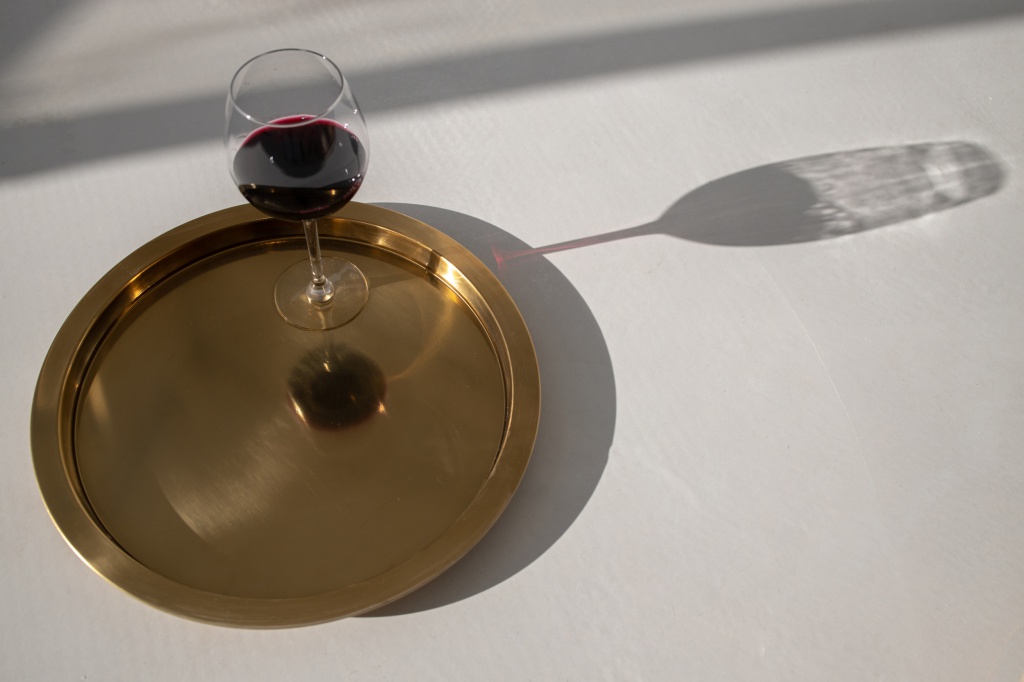 The dealer network of the company "Kuban-Vino" covers the whole of Russia from cities with a population of one million to cities with a smaller population. Our partners and partners are large retail chains of both federal and local scale. The presence of its own representative offices in Krasnodar, Moscow, Chelyabinsk and Yekaterinburg allows you to control the sales of products in all districts of Russia:

In addition, the winery "Kuban-Vino" actively develops exports of its products to Asia and Europe.

The winery "Kuban-Vino" invites you to the most popular vine-growing region of Russia - the Taman peninsula, located on the same latitude as Bordeaux and Turin.
Learn more

We value every partner and we want our cooperation to be as comfortable as possible. On this page you will find everything you need for a first acquaintance with our company.
Learn more

A unique platform that combines shopping, tasting and presentation rooms, where everyone can not only find their wine, but also enjoy it.
Learn more